The Board of Directors, appointed by the Shareholders’ Meeting on 15 June 2020, shall remain in office until approval of the financial statements as at 31 December 2023. 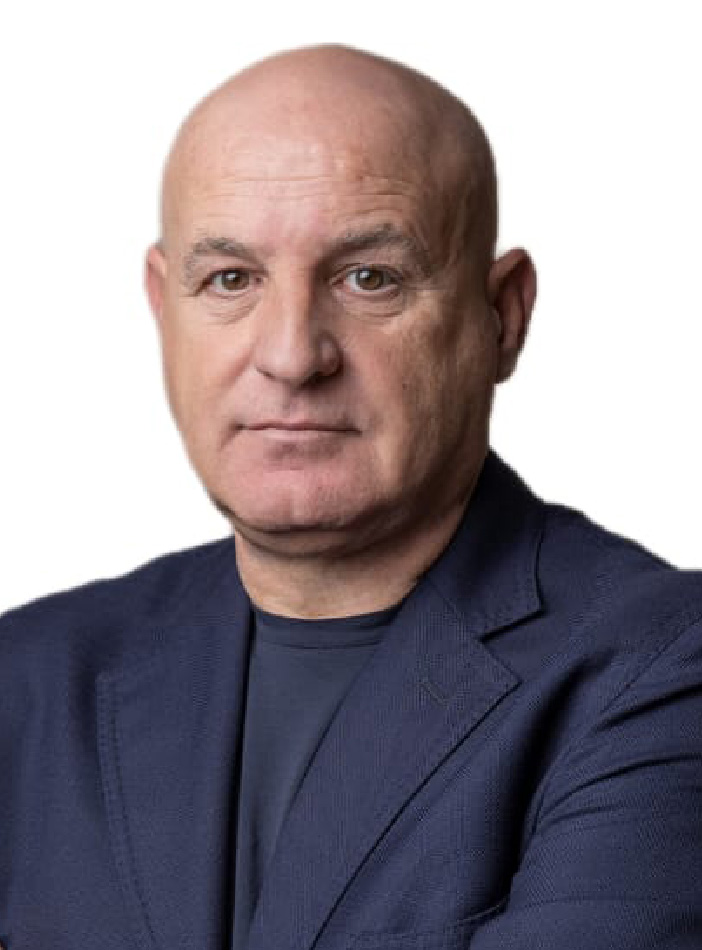 Graduated from the Technical Institute L. Settembrini di Poggiomarino (NA). Has always held top management positions in companies operating in the industry of clothing production and sales. From 1998 to 2001, he was the Managing Director of the company Gi.mel S.r.l., a company operating in the children’s clothing sector. During the same period, he also held the role of Chairman of the Baby Italia Area Sud Consortium, a supply chain consortium in the children’s clothing sector. From 2002 to 2004 he was the Chief Executive Officer of Moda Mediterranea S.p.A., a company operating in the public relations and communication sector of the fashion industry. From 2002 until the Date of the Admission Document he held the position of Sole Director of Over S.p.A., a company that produces and sells children’s clothing. Since June 2020, he has been the Chairperson of the Board of Directors of Take Off S.p.A. and, since December 2020, he has held the position Chairperson of the Board of Directors of Summit S.p.A.. 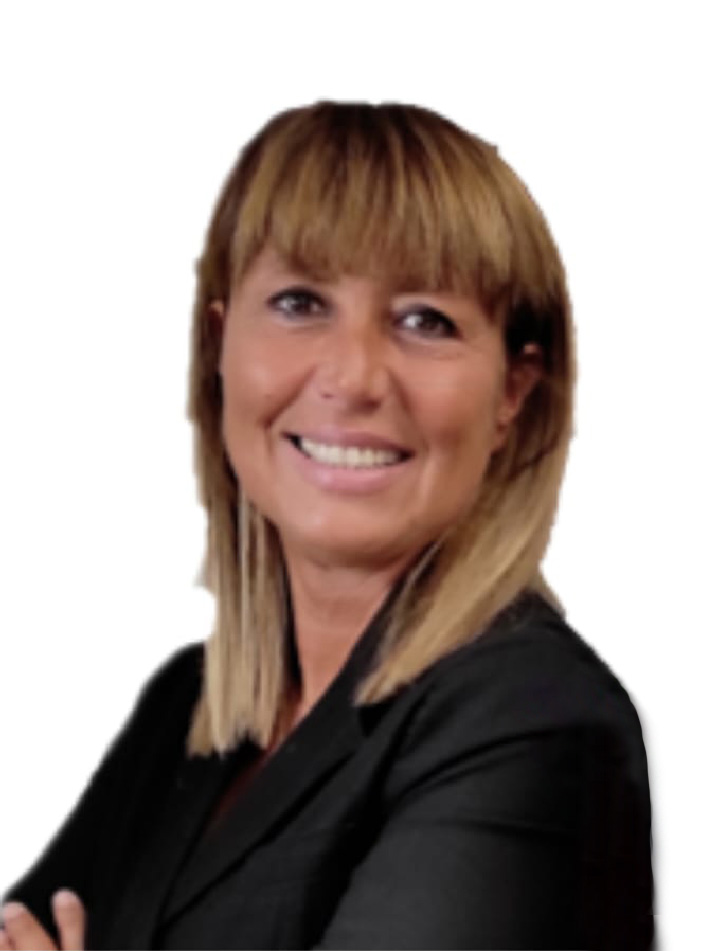 Graduated from the Technical Institute F. Calasso of Lecce. Following a long stint in the banking sector, from 2008 to 2012, he held the position of Managing Director of the company Over S.p.A., a company specialising in the production and sales of children’s clothing. From June 2019 to June 2020 he was the Issuer’s Chief Executive Officer. He has held the role of Director of equity holding Summit S.p.A. since December 2020, in which he already held the post of Sole Director from 2019. Since June 2020, he has been a director with powers in Take Off S.p.A..

Class of 1978, graduated with honours in Economics from the University of Bari in 2002.  Following a stint at Auchan, he held the role of Head of Sales of Italcode S.r.l. (2003) and then Head of Sales and Marketing at Finlogic SpA, now listed on Euronext Growth Milan, until 2008, the year in which he took up the role of Chairman and Chief Executive Officer.  He was an active part of the company’s production growth project from 2009 to 2014, directly overseeing the launch of the production facility in Lombardy and creating a structured set-up of the sales network. 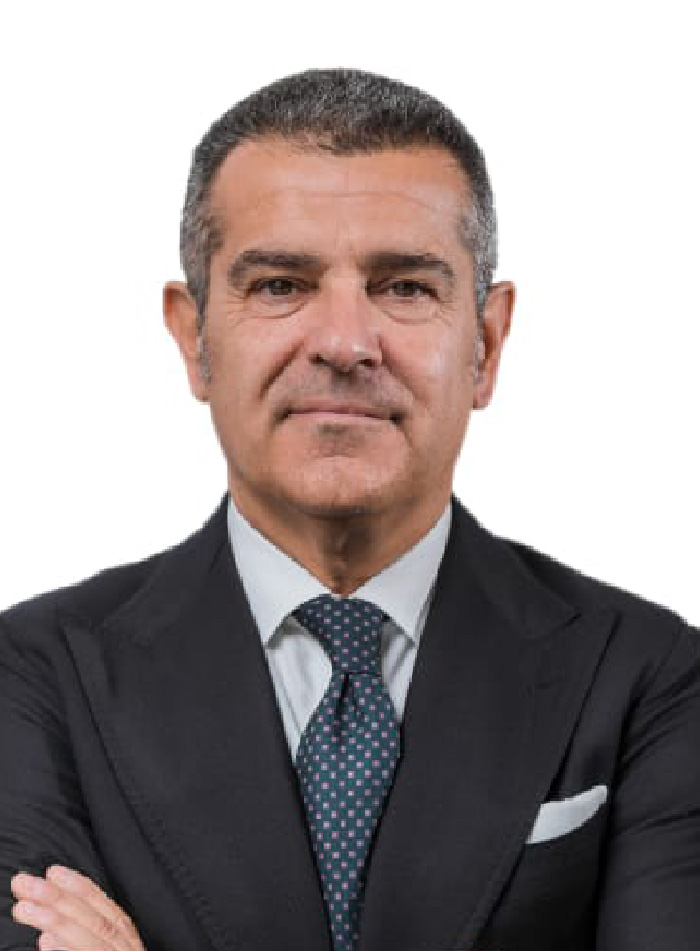 He holds a degree in Economics and Commerce and, in addition to being a member of the Register of Certified Public Accountants and the Register of Auditors, he is founding partner of BOCG Associati, a business consulting firm specializing in strategic and management consulting, extraordinary transactions, mergers and acquisitions. Mr. Baldassarini is currently a member of the board of directors of several companies, including a company listed on the Zurich Stock Exchange (Cassiopea S.p.A.), and also holds positions as chairman of the board of statutory auditors and auditor in several private companies. 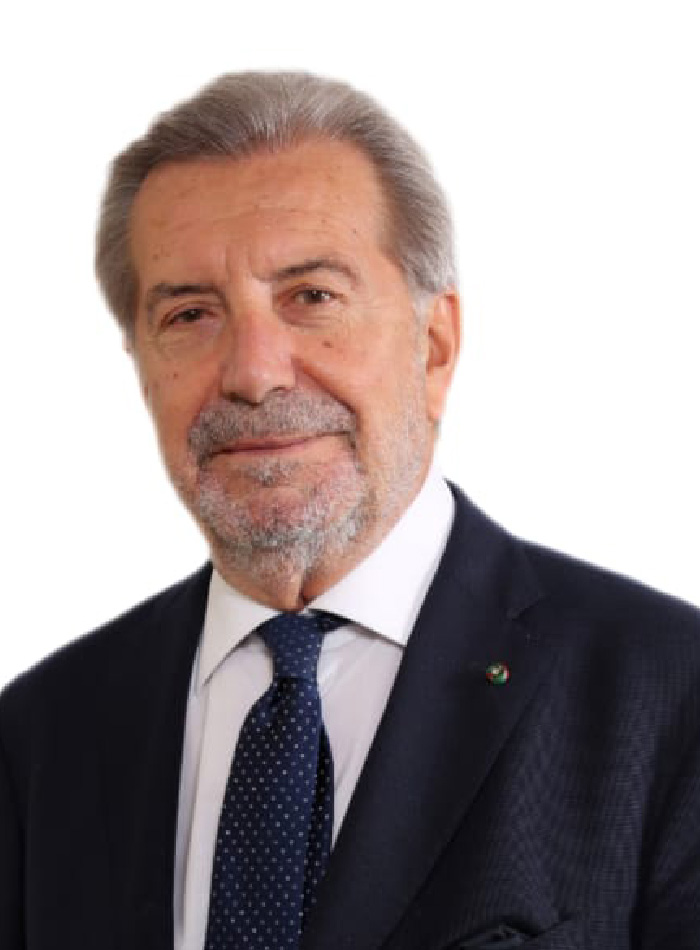 Graduated in Business Economics from La Sapienza University in Rome, he is currently the sole director of FAS Partners S.r.l., an advisoring and co-investment company in the financial, infrastructural and industrial sectors, and from May 2018 to September 2019 he was the Chairman of Telecom S.p.A.. He is a promoter-director of FIEE SGR S.p.A. (Fondo Italiano per l’Efficienza Energetica – Italian Energy Efficiency Fund) and Chairman of SGI S.p.A. (Società Gasdotti Italiani). He is the Chairman of Innova Partners S.r.l. and was the Chairman of Innova Italy 1 S.p.A. until the merger of 2018 with Fine Food&Pharmaceuticals N.T.M., in which he is now a director. He also sits on the Boards of Directors of AON PLC, the Italian Technology Institute, Unidad Editorial in Spain and RBK PJSC in Russia. Since 2014, he has been a senior advisor of the Fondo di Investimenti MIRA (Macquarie Infrastructure and Real Assets) – MIRA Investment Fund. He was the Chief Executive Officer and General Manager of Enel from 2005 to 2014. He joined the Enel Group as the Chief Financial Officer in 1999. He has also coordinated major financial transactions in the last few years, from the listing of Enel to that of Terna and Enel Green Power, from the global offering of Enel 3 to the placements of Enel 2 and Terna 2 with institutional investors. In his role as Chief Executive Officer, he has been at the helm of Enel’s international expansion; in addition, he successfully managed the acquisition of Endesa, Genco russa OGK-5 and Slovenske Elektrarne. In addition, he established and listed Enel Green Power. He was the Chairman of Euroelectric from 2011 to 2013. He started his career in 1969 at Mobil Oli where in 1989 he became the Chief Financial Officer of Mobil Oil Europe in London. In 1996, he became the General Manager and Chief Financial Officer of Ferrovie dello Stato (Italian State Railways), covering key positions in the Group company. He joined Telecom Italia in 1998 as General Manager and filled the position of Board Director at TIM and other important Group companies. He was also a director at Barclays PLC and RCS Media Group. He was the Vice Chairman of Confindustria with a research centre mandate from 2012 to 2014, and is currently a member of the General Council and the Corporate Governance Committee. He was a corporate finance tutor for the master’s in Business Administration at the Faculty of Economics of the LUISS University in Rome.

BOARD OF STATUTORY AUDITORS

The Board of Statutory Auditors, appointed by the shareholders’ meeting on 28 April 2022, shall remain in office until approval of the financial statements as at 31 December 2024.

Graduated in Business Economics from La Sapienza University in Rome, from 1996 to 1997 he provided tax advisory services for national companies at Confcommercio Nazionale. Has been a Chartered Accountant and Auditor since 1997, and carries out corporate advisory activities, tax advisory regarding company valuations, financial statements and corporate finance at Bonanno Iavicoli Associati. He performs tax advisory activities.

Graduated in Business Economics from the University of Bari. He worked at a company, tax and corporate advisory services firm from 1996 until 2017. In addition, from 1999 he has been a court-appointed expert at the Court of Taranto on banking matters and corporate disputes. From 2017 he has held the role of member of the Board of Statutory Auditors and the post of independent auditor at several companies and, since 2018, has owned a company and tax advisory services firm and been a representative of the Court for the preparation of distribution plans in foreclosures.

Graduated in Business Economics from the University of Bari, he has collaborated in a professional capacity with accountancy and tax firms and has tutored in the economic-tourism disciplines at IPSSCT “L. Da Vinci” of Noci (BA). He has held standing member positions in various control bodies of companies located in the province of Bari.

Graduated in Business Economics from the University of Bari, he earned a level II Master’s in finance and management control at the University of Pisa. He has held various roles as standing member of control bodies in companies or as an auditor.

Take Off S.p.A. and Over S.p.A.have already adopted the Organisation and Control Model pursuant to Italian Legislative Decree 231/2001 (“Model 231”).

This website uses cookies to improve your experience while you navigate through the website. Out of these, the cookies that are categorized as necessary are stored on your browser as they are essential for the working of basic functionalities of the website. We also use third-party cookies that help us analyze and understand how you use this website. These cookies will be stored in your browser only with your consent. You also have the option to opt-out of these cookies. But opting out of some of these cookies may affect your browsing experience.
Necessary Always Enabled
Necessary cookies are absolutely essential for the website to function properly. This category only includes cookies that ensures basic functionalities and security features of the website. These cookies do not store any personal information.
Non-necessary
Any cookies that may not be particularly necessary for the website to function and is used specifically to collect user personal data via analytics, ads, other embedded contents are termed as non-necessary cookies. It is mandatory to procure user consent prior to running these cookies on your website.
SAVE & ACCEPT